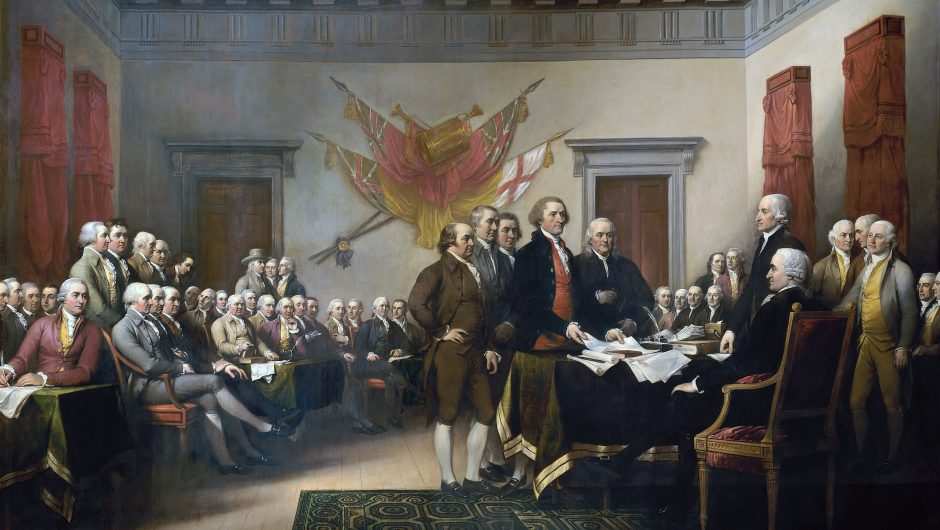 The American political system is far beyond the need for minor reform. It has come to the point that America needs a complete political overhaul. It was a good system. But its limitations are becoming apparent.

Political reform that is tantamount to a complete overhaul has become a necessity, due primarily to the excessive intrusion of corporations into the political process. That fact is that for a major corporation, everything is a means to one end: profit.

A conscientious corporation seeks to take into the account the needs of its customers, its employees, its neighbors, and the environment. But when a corporation fails to act with a conscience of its own, as an increasing number seem to be doing, then government must act as an external conscience, applying the brakes to corporate activity that is not entirely in the public interest, even as it applies brakes to more clearly discernible criminal activity.

Corporate Interference is Destroying Our Environment

The problem with corporate interference in government is that they are rewriting the rules in ways that prevent government from acting as an effective brake on their activities — and the large international conglomerates are powerful enough to do so with increasing effectiveness.

As an example, consider the oil industry. The benefits of using alternative energy sources have been clear for more than 6 decades. But there was no money to develop the technology, and little incentive to do so. Government could have provided both by slowly raising taxes on imported oil.

Had the American government exercised that kind of foresight over that long a period of time, the world might not now be facing catastrophic global warning. That is the proper function of government: To embody knowledge and exercise such foresight. (That principle was responsible for the origin of government as we know it, when the Egyptian government began collecting a portion of each harvest, saving it for periods of famine.)

Make no mistake: The knowledge did exist. In his movie, An Inconvenient Truth, Al Gore documents more than 600 peer-reviewed papers in the scientific journals. All of them reached the conclusion that global warming was real, and perilous. No exceptions.

In the same time period, some 400 articles appeared in the popular press. Out of that number, 53% reached the conclusion that “maybe” there was a problem — but maybe not. Where did the writers get the information that led them to believe global warming might not be an issue? It certainly wasn’t from the scientific community. It was from corporation-sponsored “think tanks” and institutes with names that sounded scientific, run by people who could well have been running a car wash the year before. Those organizations published “studies” that were nothing of the kind. They were simply self-serving position statements, polished to given them a scientific facade. But corporations have been given the freedom to do that, under the legal fabrication that they are “people” who therefore deserve to enjoy the right of “free speech”.

And when any legislation was attempted, it was those corporations and their lobbyists who prevented government action — citing the very papers they paid to have written. Yet the same corporations are now spending billions on advertising designed to convince us how much they care about the environment — a concern that was nowhere in evidence when it counted.

The result of the corporate intrusion into the political process manifests itself in many other ways, as well. I summarize them in Taking the Money Out of Politics, and examine them in depth in The Politics of Health.

Those articles and the concept of the voting advice system were born in a moment of insight. I had spent 5 years of trying to find a way to take money out of the election equation. After all, if money is no longer a factor in the political process, it’s clear that corporations lose their impact. The people it employs remain important, of course, but the corporation itself will no longer be the dominating force in the election equation.

The mechanism that will achieve those goals is a voting advice network. We have the technology to implement such a system today. It’s described in greater detail in Designing a Voting Advice System. In a word, we can make it easy and convenient for a voter to make an informed, intelligent, choice.

Instead of being misled by slick advertising and sound bite campaigns — the mechanisms that corporate donations underwrite — the voter can decide based on thoughtful analysis from people and organizations that the voter trusts. It is a mechanism that can usher in the kind of thoughtful democracy that Plato envisioned, without requiring the perfect philosopher/kings that he postulated.

Many Additional Reforms are Needed

As important as that mechanism is, however, it is only one part of a multi-faceted overhaul that the American political system desperately needs. The major aspects of political reform include:

These concepts are discussed in the remainder of this series, with links to sources for additional information. The trust network for voting advice is perhaps the most important of them all, because it allows thoughtful individuals to implement the other changes. But it is still only the tip of the iceberg. All of the reforms are needed to have the desired impact.

Individually, each of the suggested changes is powerful. But cumulatively, they add up to a world that is vastly different from the one we know — a world marked by compassion, understanding, and fellowship.

On the surface, that may appear to be an overly bold statement. But there is a vast network of interlocking forces that will come into play to bring that vision to fruition, just as there is currently an interlocking network of forces that have brought us to our current state.

But the key to that system of forces is the influence of money in the political process. Unlocking that gate will allow the forces of compassion, humanity, and reason to balance the drive for profit and material acquisition. That balance is vital. Whenever one set of motivations is satisfied to the exclusion of the other, humanity inevitably suffers. Only by keeping them in proper balance can humanity expect to achieve the kind of material wealth that fosters human development and eases social strife.