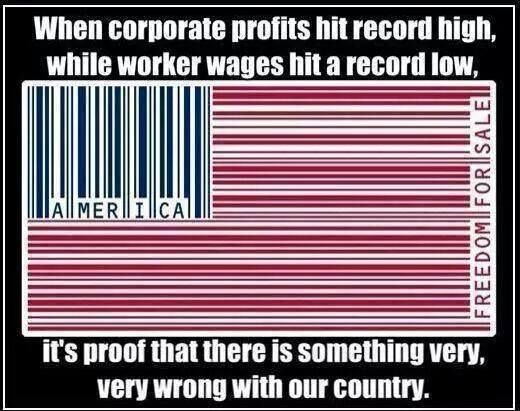 When it becomes clear that a candidate was elected under false pretenses, the people require the ability to institute recall elections. They are vitally necessary to ensure that candidates cannot lie their way into office.

The election of Donald J. Trump to the office of President in 2016 made the problem apparent — but if Hillary had been elected, the situation may well have been the same.

Now, it is hard to fault the people who voted for him — or the millions of potential Hillary voters who stayed home, and who probably accounted for Donald’s win. After all, Hillary’s secret meetings with Wall Street proved that she was not on the side of Main Street (a stance which may well have led to her recall). Donald, meanwhile, put himself up as an “outsider” who was against Wall Street, and “for the little guy”.

Given the pummeling that Main Street has taken in the last couple of decades, who could blame the majority of the country for seeking relief? Costs had risen while wages stagnated,  so real purchasing power had been dropping. Corporations, meanwhile, had seen more tax loopholes and other legislation that can only be regarded as “mega gifts” for mega corporations.

Many of the largest corporations paid nothing in taxes, and the CEOs who populated each others’ board of directors kept voting themselves pay raises and golden parachutes. Incomes at the highest levels kept rising, while incomes at the lowest levels kept falling. The inequity was nothing if not apparent as the rich kept getting richer, and the poor kept getting poorer.

So voters, given a couple of less-than stellar choices, voters went for the only option that gave them hope.

Shortly after being elected, however, it became apparent that he was elected on the basis of brags, exaggerations, and outright lies. The American people then had no recourse but to hope that he would do something so egregiously illegal that he could be impeached. And he did. Many times, in fact. But impeachment, if it ever comes, will have been delayed by more than a year.

For politicians or the legal system to remove a duly elected official from office, it makes sense for the process to be certain, and thorough. So if it takes time, that is fine.

But the American people, upon realizing that a mistake was made, needs the ability to quickly rectify the situation — without waiting for proof of some egregious malfeasance that may or may not ever be produced.