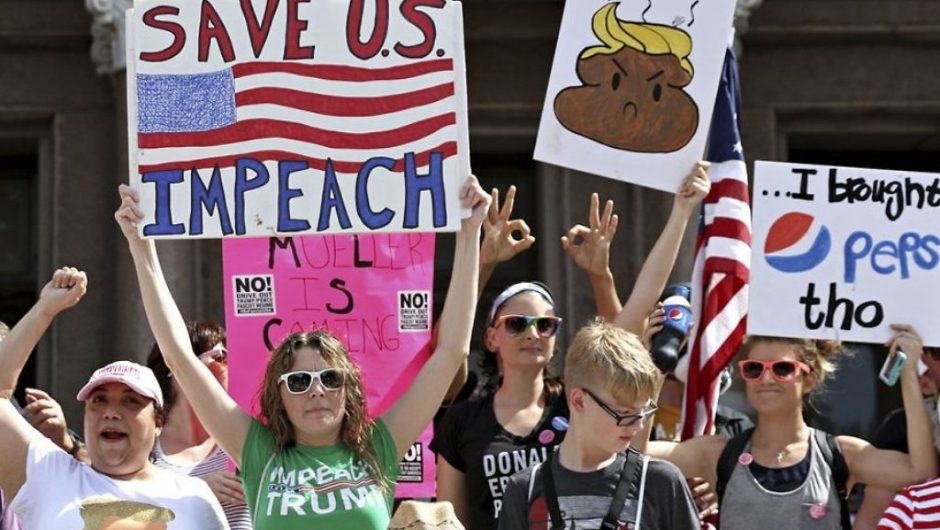 Why impeachment? Why should Donald Trump be impeached for a sex scandal? If you’re a liberal, it makes no sense — until you look at the bigger picture.

During David Leonhardt’s absence from the NY Times editorial board, his newsletter has been taken over by a collection of writers, some far left, some far right. (On balance, they have made me appreciate Leonhardt all the more.) Today’s newsletter was written by a conservative, whose stance is that we should not be talking about impeachment over a sex scandal.

This is my response…

Agreed. Sort of. On the one hand, “sex scandals” are the domain of the Tea Party. Not liberals. If you’re truly liberal, you really don’t care about that kind of thing.

On the other hand, Trump is dangerous. Really dangerous. He’s dangerous to the environment, our education system, our allies, our democracy, and to democracy around the globe.

The leaders he disdains are elected. The leaders he likes are oligarchs. He disregards all evidence of Russia’s interference in our election, and has ACTIVELY OBSTRUCTED investigation into it.

His withheld tax returns suggest that has financially profited from the arrangement, but absent the returns, it has hard to be sure.

But the REAL danger is the way he is holding meetings and using media propaganda to support his war on the judicial system, the investigation, and the free press.

There has never been a more dangerous threat to American democracy. What America really needs is simple recall election for the simple, demonstrable fact that lied and bragged his way into office.

He is no friend of the American people, and never has been. But he sounded good enough to win an election against an extremely flawed candidate. (Who also would have merited recall, in my humble opinion.)

Lacking the ability to correct our course with a recall, the American public needs, and deserves, an impeachment.

The list of impeachable offenses is long. I have alluded to only a few. But like Capone, if we can’t jail him for his real crimes, get him off the streets any way we legally can.