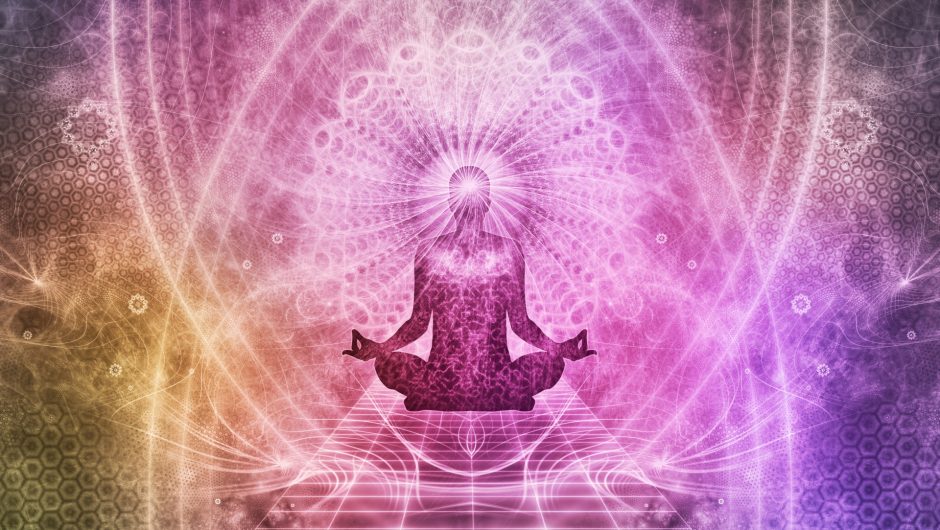 The great spiritual question, to my mind, is how to achieve a balance between bliss consciousness and a concerted effort to solve real-world problems. Is it possible to do both simultaneously? Or is it possible to cycle between them in some intelligent and sustainable way?

I attended yet another great yoga shibir (yoga camp) given by Swamiji Asanganand Saraswati, who received his training from the Bihar School. This one focused on meditation and “The Science of Divine Life” — or the science of living life in a divine way.

The Focus of the Shibir

The camp was given in four 2-hour sessions given over 3 days — a microcosm of the teaching done at his ashram in Gujurat, India, where there is always a 2-hour session in the morning, and one in the evening, with each session consisting of some combination of asana, pranayama, meditation, and interactive lecture, or discourse.

The theme of the shibir was “Living the Divine Life”. In this intellectually-intensive camp, there was none of the usual yoga. Instead, each 2-hour session consisted of a guided meditation segment that taught the principles of meditation, accompanied by a lengthy discourse (with participation encouraged) on each of several key questions on that topic — questions that apply equally to life and to any business or enterprise you are engaged in:

Answering those questions lets you connect the dots and helps you find your place in life — because fulfilling your role is intrinsically connected to your happiness!

The general theme of the camp was that a) We all want to be happy, b) Looking outside for happiness does not work, and c) Meditation is the answer — which makes sense, when you look at it logically.

As a result this camp, I felt my heart open. Wide. That was a wonderful sensation. (It has been a very long time!) But as it happened, what appears to me to be “the great spiritual question” arose. The question has three parts:

This question has undoubtedly been pondered by the great sages, each of whom had to answer it in their own way. As I head into the last session of the camp today, I look forward to a greater understanding of their wisdom!

In the meantime, let me expand on those questions a bit. But first, let me set the stage by providing a bit of background.

Regular readers of these page will know that it began with a focus on health, with an emphasis on the dietary causes and cures for a variety of health conditions. From there, it expanded into a health activism, in the form of a dietary boycott.

It took a long while for the boycott idea to gain traction, which led to the initial social systems analysis that explained why we were experiencing the problems. That analysis, in turn, led to an understanding of the need for a voting advice system that would eliminate the obstacles to the solution. In the process, the social systems analysis expanded to show how many other problems stem from the same cause, and how the voting advice system would allow solutions for those problems, as well.

1. How to approach bliss without turning my back on humanity.

As I mentioned, I felt my heart opening wide one night between sessions. It was a wonderful sensation. As I approached that bliss state, humanity’s problems became small and far away. They were much less important now, as I was filled with joy and love.

But if you believe in the theory of random reincarnation, or if you simply regard it as a helpful guiding principle, then you see the problem — if you pull away from the world and dwell in the bliss experience, then the world you come back to is unchanged!

I had a strong sense that I had followed that path once before, in a past life. But if the world doesn’t change, and you find yourself in it, then you once again have to struggle your way to enlightenment — life, after life, after life, enduring hardship and struggle each time. I guess that’s why I adhere to the theory that one achieves enlightenment when all are enlightened — in other words, that one is free when all are free.

So: Given that I want to dwell in that bliss, how do I do it without distancing myself from humanity’s problems?

2. How to focus on humanity’s problems without losing the bliss?

Of course, when I focus on the social systems analysis that creates such a large body of problems, and work to create the voting advice system we need, I know that it is only a single step. It’s a critical step that will allow the other problems to be solved, but it is still only a first step. There is still a lot of work to be done combat hunger, disease, poverty, ignorance, and mankind’s inhumanity to man.

Naturally, when I focus on those things, internally I recede far from bliss! So the second part of the question is how do I work to solve those problems without losing bliss consciousness?

3. How to do both, or cycle between them?

Doing both simultaneously would be ideal. But I’m not sure it’s really possible. But maybe a workable alternative is to cycle between them — to connect to bliss consciousness for a time, drawing energy from the connection to recharge your batteries. Then expend that energy, taking action to help others, pouring your efforts into that “energy sink” in an attempt to make a difference. And then return to the connection to recharge your batteries.

If it is not possible to maintain bliss consciousness while solving real-world problems, then the only possible solution is to cycle between the two states. But then, it becomes all too easy to spend so much time in one state that you lose sight of the other!

Fundamentally, the question is how to have your cake and eat it, too! But I am a big believer in that concept that it is always possible to do so, and if you’re clever enough you’ll find a way!

At the moment, this is my great spiritual question! I look forward to posting a possible answer…