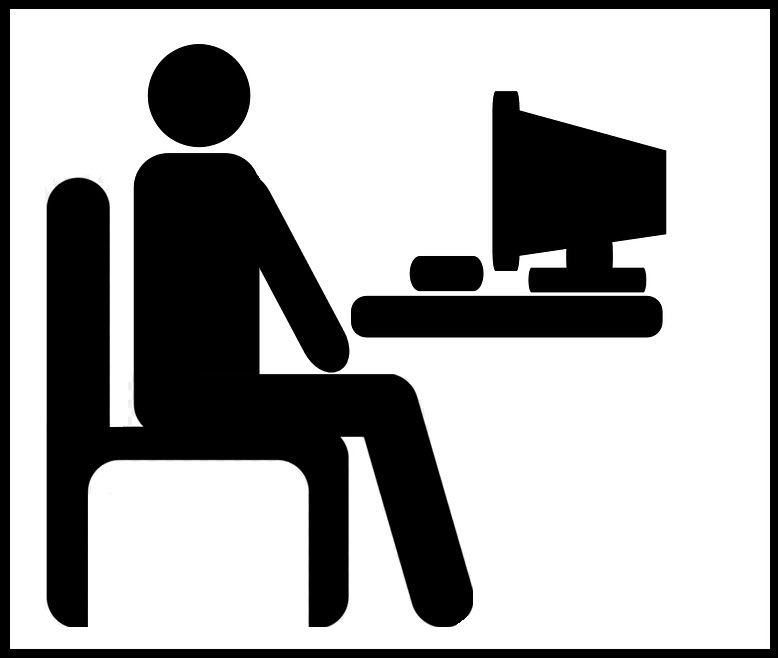 Meditation breaks are a multi-purpose solution for fatigue, connecting you with a source of inspiration and higher guidance as you rest and recover energy. A couple of minutes is all it takes!

After I’ve been writing for a while, I get tired. I tend to take a break, have something to eat, maybe take a nap. But it’s difficult to take a nap if you’re at work! Meditating this morning, the answer came to me: Meditation Breaks! When I sit to meditate, all sorts of inspirations and ideas come flooding in. So when I’m getting tired at the computer, the answer is just to put my hands in my lap and sit quietly for a couple of minutes!

At times, I may find myself sitting for several minutes, but it’s rare. Generally after a minute or two, something has popped into my head, and I know what to do next. (Often, I’ll sit for a minute or two more anyway, just to experience the joy of “communion”, and to see if anything else comes in on my spiritual radar, or radio channel.)

Sitting for meditation allows the mind (and eyes!) to rest, and gives inspiration a chance to drive the bus! So it’s a solution for writer’s block, as well as fatigue. As noted in Raja Yoga Insights #6, meditation recharges the body as much as sleeping, but recharges the mind even better than sleeping. And just having the eyes closed for a few minutes gives them a break from focusing on the screen.

An energizing breath like Kapalpathi would also be helpful, of course — but expect your co-workers to look at you strangely, for a while!

As I sat in one of those breaks this morning, I was reminded of a story told by a close family friend (“Tex” Riley) who was kind enough to take me in when my mother died (and who subsequently put me through college).

It seems that she and several co-workers were working late into the night and the early hours of the morning, when they decided they needed to take a break to recharge. She and most of the others had coffee and donuts. But one fellow from India went off to meditate for 15 minutes or so.

She said that he came back totally awake, alert, and full of energy! The rest of them recharged sufficiently to keep going, but were still very tired, and came nowhere near to his energy level. She never knew what he did, exactly. But she knew that whatever it was, it was effective!

Good for Your Back, Neck, and Eyes

When you are hunched over at the keyboard for long periods, it’s easy for neck and back to get stiff. Sitting upright for a few minutes allows both to relax, helping to prevent both back pain and a sore neck.

Note:
I find that moving away from the back of the chair allows me to completely straighten my back — and in the process, completely relax it. Meanwhile, the simple act of closing your eyes lets you relax the muscles you use to focus them on the screen — which helps to prevent fatigue, certainly, and may even help to prevent headaches.

Finally, if you take a moment to do some pandiculations (catlike stretches, where you extend a muscle and at the same squeeze it), you can take that physical relaxation to a whole new level!

At one point in my professional career, when I was programmer, it got to where I was exhausted after an hour! At that point, I began looking for an easier way to make a living. But it turned out that I needed glasses! I was experiencing eye strain, but I only discovered it a couple of months later, after I had already made the transition,and the fatigue had not gone away.

Of course all programmers “know” that writing is easy, compared to programming, for the simple reason that most of the technical writers they deal with have a hard time grasping the technical details the programmer is trying to communicate. I was no exception. That’s why I turned to writing for a second.

The bad news was that it turns that writing is much harder. I know. I’ve done both. I could easily write programs for 12 hours a day, and did so before eye strain became a problem. But writing for 4 hours is very hard, and 6 hours is a marathon! (But the good news is that I became a pretty darn good writer–for which you, the reader, are hopefully the beneficiary.)

When programmers do design work, they have to use their brain non-stop as they attempt to anticipate problems and figure out solutions. But when you’re actually programming, you think a little, write a bit of code, run the program to see how it works, and then cogitate a bit on the results. You flow back and forth between purely creative activity and more “mechanical” activity. The mechanical activities give your brain a bit of rest, and you get a little pulse of pleasure every time you solve a problem, so you wind up working 12 hours or more, both because you can and because it feels good to do it.

So the best way I have found to explain the difficulty of writing to a programmer is to say, “It’s like doing design work, all day long, every single day, day after day after day, without a break!”

In other words, it’s exhausting. Or at least, it was. But now that I have discovered the power of “mini-meditations”, I’m getting those small breaks, plus the pleasure of solving a problem. (The small burst of pleasure was always there, but outweighed by the increasing fatigue of prolonged hours. It’s the same pleasure I experience when playing computer solitaire.)

As a result of getting the tiny breaks and being able to feel the pleasure, I find that my working hours are lengthening, and that the entire process has become as addictive as doing puzzles! (When I first started programming, I couldn’t believe I was getting paid! It was like getting money for solving crossword puzzles that you would happily do for free!)

If you are required to spend a lot of time at your desk, in other words, you may just find that meditation breaks make the process as enjoyable as it possibly can be.

Perhaps the major benefit of short meditations throughout the day is that it creates a truly integrated practice — one in which meditation is part of what you do, rather than something different you do at other times, in other places.

Two of the great thoughts that have come out of the Raja Yoga series are:

So with those short meditation breaks, you not only rest your eyes, restore your body, and recharge your energy batteries, you also allow yourself to be guided in terms of what to do next, and to rekindle your enthusiasm for whatever you wind up doing.

Note:
It is also important to know that it is possible to feel divinely inspired and enthusiastic about the most mundane of activities! Learn more: Anti-Procrastination Protocol

If nothing else, the practice is turning out to be a godsend for the meditation-inspired additions to my book! After sitting for my normal meditation, and while doing my asana practice, inspirations keep arriving. I jot them down on a notepad, but after a while the notes I need to transcribe keep adding up!

If you have a meditation practice, you may find that the continuous inflow of inspirations is a problem for you, too. If so, meditating at your workstation may be the solution you need.

Of course, the standard injunction is to set such things aside as “distractions”, and return to your meditation. But that’s like working hard at lifting weights, and never use the muscles you develop to lift so much as a bag of groceries! Certainly, it makes sense to have uninterrupted meditation time. But it also makes sense to integrate your meditation into your daily activities, so that one flows seamlessly into the other.

After my uninterrupted-sitting meditation, moving my practice to the chair in front of the computer makes it possible to put things directly into the various places they belong (the Yoga book, the exercise book, class notes, survey questions, these notes, and anything else I happen to be working on). That practice keeps notes to a minimum, and maximizes writing instead!

Note:
As it happens, my practice uses a chair for the very purpose of building the strength and flexibility needed to sit comfortably in a cross-legged position. So moving it to the chair in front of the computer isn’t difficult at all.

A Source of Guidance

When you have developed a meditation practice that takes you deep enough, you quickly go into a state where you hear your “inner voice”. That’s really cool. The fascinating thing is that, at times, that voice tells you do something else!

When I first started writing up notes from my spiritual practice, I’d find myself writing for hours on end, after which I was totally exhausted. I’d lie down to sleep, but then more ideas would come to me! I did that for as long as a could until finally, after several days, I asked my inner voice to be still! I needed the rest!

It complied, of course. But the unfortunate side effect was that I wasn’t able to reconnect to that source of inspiration for a very long time.

Taking meditation breaks turns out to be a really nice solution for that problem! I was surprised to find, when I first started taking them, that at times the guidance was to get something to eat, or get some sleep. Most of the time, the guidance for what to do next had to do with the project I was working on but sometimes, too, it was for some other project — which gave me a much-needed break from what I was currently doing.

So instead of becoming exhausted by writing up inspirations in a marathon, I write in short bursts. Then I take a meditation break. I may have an inspiration for what to do next, or be guided to pick up the next note in my backlog, or find out it really is time to take a longer break — which came as a total surprise to me, because previously I was always in “all or nothing” mode.

So I find that I’m less exhausted when I work, more inspired, and more enthusiastic. In short, I feel more joy. And rather than being a slave to the process, I find that I am frequently pointed in other directions, as well!

The ideal of Karma Yoga is to do things for the good of others, rather than for yourself. It’s about doing what you need to do, without attachment to results. It’s about allowing your actions to be dictated by your connection to a higher power, and turning the results over to that source.

But even with the best of intentions, how many of us can say we truly live that ideal? I mean if you’ve never heard of Karma Yoga before, it’s understandable. But if you have heard of it, and you try to practice it, how often do you practice it at work?

Sure, you have your “Karma Yoga activities” down at the hospice or wherever. Absolutely worth doing. But how many of us keep the Karma Yoga ideal central to more mundane activities like cleaning the house or making a living? How many of us feel ourselves to be both inspired and enthusiastic, virtually every moment of every day?

Meditation Breaks provide a path to make it happen! Reconnecting in short bursts throughout the day, gives you a chance to live in divinity, every moment.