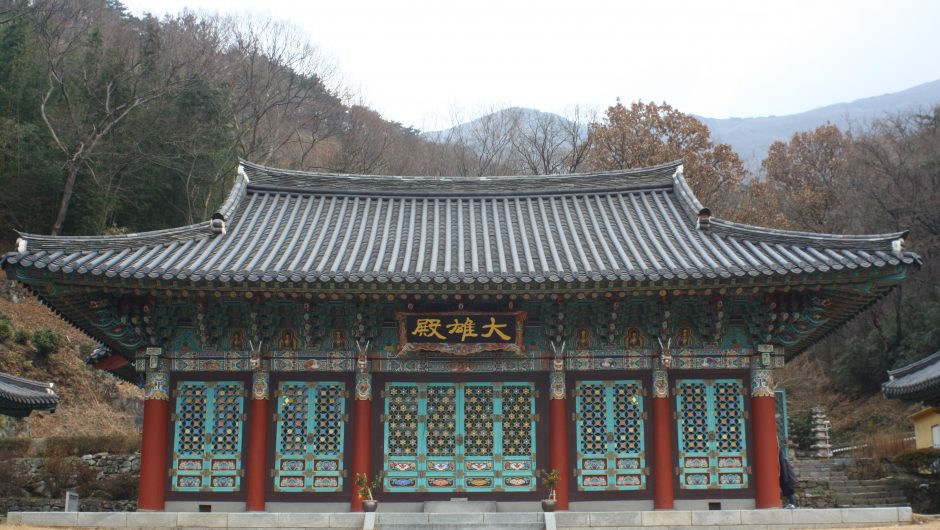 In a dream, I am inspired (and instructed) to create a temple, by no less than my martial arts master, Dr. Tae Yun Kim, to teach energy-flow processes.

Another waking dream. They happen from time to time. I love them.

This one occurred a couple of days after sending an email to Dr. Kim, saying I wanted to start a college. (That is something she always wanted to do, as well. In fact, the live-in training program I was in was called “College of Learning”, or COL for short.)

So the dream was precipitated by the thoughts that came after the 13th Raja Yoga session, about having a federation of teachers — or, more accurately, a college.

This time, I was visiting the hillside where Dr. Kim makes her home. It’s a location I have visited before in my dreams. (Her actual domicile is much different, but similarly located).

There were stairs and hillside balconies, and people. Apparently, some event was going on I didn’t know about. That was fine. On this occasion, rather than going up the stairs to the main house, I went down the stairs.

I recognized some of the people. Some seemed to recognize me, but we didn’t speak. I found my “older brother” — younger in real life, but infinitely wiser in the ways that count. I stood nearby and waited for him to notice I was there. Then he looked at me. I looked back. He gave not a hint of recognition, and went up the stairs behind me.

It was possible he didn’t recognize me. It was also possible he was going to see Dr. Kim to tell her I was there. Or perhaps there was something else he needed to do. There was no way to tell.

I wandered around for a bit, seeing who and what there was to see on this lower level–one I had never been to before. Again, I didn’t speak to anyone.

As I wandered back, I decided I would go to the main house. I started up the stairs here, at the lower level. After I reached the middle level, I planned to ascend a couple of more levels to the house.

After going a few steps up, I saw Dr. Kim coming down. I immediately gave a traditional (low) bow. Then stood.

She didn’t acknowledge me in any way. But kept walking down the stairs right by me. I kept my gaze on the back of her head as she approached the small dais, or stage, at the bottom of the hill and a bit to the right. My heart was filled with love.

She had rejected me (or so it seemed), but it didn’t matter. I had learned to love. She had begun the process, and had been responsible for the first opening of the heart. I had gone into many practices since then, and had expanded it. Nothing was close it, ever again.

She took to the dais and sat on her cushion. Then she looked at me and said, “Sit over there, and don’t say anything.” She pointed to a window at my right. (How there is a window outdoors, I’m sure I don’t know. It was dream!)

I got several concrete blocks to use as cushions (weird! but true), and arranged them near the window so I could sit comfortably (!). I sat, saying nothing. (I have been experimenting with using a Yoga block and a meditation cushion to sit comfortably. That is undoubtedly where the thought came from.)

I expected a long talk that might or might not have anything to do with me. Whatever happened, it was fine. I was filled with love. It was great to be singled out. I knew that, whatever happened, I would be learning something terrific.

I don’t know how long the session lasted. In my dream, it wasn’t long. And I didn’t hear a thing. So either I was meditating deeply, or there was a time-compression function at work.

At any rate, when I looked up, I realized she had gone.

It didn’t matter, though. I was happy. For some reason, it now occurred to me that I needed to take the concrete blocks past the stage to a stacking area some distance past it. (Don’t ask. It’s a dream! But when we used to set up and take down for breaking sessions that were part of martial arts testing, there was a lot of carrying around of concrete blocks. I’m sure that’s where the thought came from.)

The tricky bit was that there were people lying everywhere. So it required a bit of balance! I took a block in each hand, and began stepping past the stage, taking care to place my feet in a way that would avoid stepping on bodies. (I recently added a focus on balance to my Yoga practice.)

When I got past the last person, there was a car at the end on my right. That was a balcony and a path I had followed earlier. But now it was a driveway. (Dream!) Beyond the driveway, there was Dr. Kim. I went into a traditional bow, once again. My heart was still filled with love.

When I raised my head, I saw that Dr. Kim was standing slightly downhill, so we were at eye level. “You want to come to the temple?”, she asked. I shook my head. No, that was not it. (Communication was always a bit of  challenge. She learned English late in life, after coming to the United States from South Korea. Energy communications were her forte.)

The she asked, “You want to build a temple?”. Yes. That was it. I nodded and smiled.

She looked at me and smiled. “Good.” She took a step, gave me another smile, and went on: “It will be our first.” Then she turned away to go to her next appointment. (To say her appointments are constant is pretty much an understatement.)

I knew in that moment that I had grown, and that my growth was evident. I understood that the tears, in such situations, come from achieving in a goal, long worked for, but without real inner belief that it will occur. (Hope, yes. Desire, yes. But real belief, no.)

But this was a matter of magnetism. It was a desire based on the highest good of all. And I could accept that it was happening.

It is noteworthy that the only person who spoke, at any time during the dream, was Dr. Kim.

As I woke, I began thinking about the prospect.

I realized how much there was to be gained on this path. Dr. Kim and the people she trained know everything there is about building an organization and keeping it dedicated to a larger purpose. They know about the logistics of physical facilities, and the skill of managing people. But most of all, they know how to keep people motivated, connecting them to the larger vision, reminding them of how that vision helps them to achieve their goals.

In short, they know a ton of stuff. So there would be a lot for me to learn — but I would have a lot of help learning it, and a lot assistance along the way!

And I knew there would be a lot of interaction about exactly how the curriculum should look, and what kind of facilities would be most appropriate, to get started. But I could also see it growing and expanding, and helping a ton of people!

Eventually, it would be a temple on a hill. Won’t that be grand! I had been thinking “college”, but this was slightly different. Here, the curriculum would be more restricted — but it would still be open, given the need for organizational flexibility discussed earlier. But it wouldn’t be wide open. It would open to those serving a similar purpose, though in slightly different ways.

I could see myself resuming my martial arts practice, if only due to the proximity and opportunity. It would be much reduced level, of course. But I would be involved.

Taken all together, it was  grand dream!

I even found a good, labeled-for-reuse drawing of an abstract pagoda! It would make a good logo, I think: