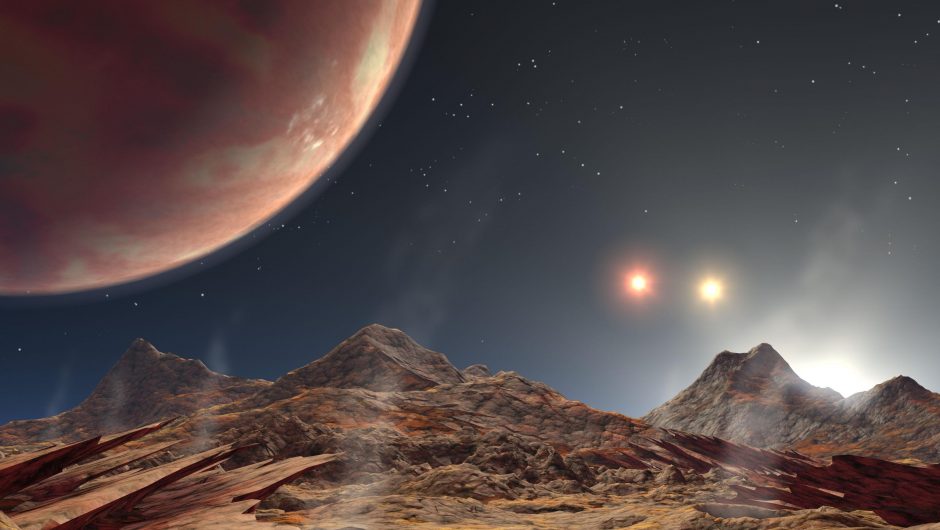 Precession and the Pyramids

If precession of the equinox is due to a companion star, it can explain ancient myths and legends, the pyramids, and gigantic monoliths around the globe.

Artist’s depiction of a binary star system, courtesy of Wikipedia.

What is the Precession of the Equinox?

The Equinox is the time of the year when the earth is halfway through its orbit — a time when night and day are of equal length.

What can be observed is that each year, the constellation that rises on the horizon is slightly further along than it was before. It has moved along so little, in fact, that in 2000 years the next earlier constellation in the zodiac will appear at that time.

Because we’re moving through the Zodiac backwards, in a sense, that movement is known as precession.

Now, modern science would like us to believe that precession is caused by a wobble in the earth. But if that were so, the rate of change would be slowing. It would not be speeding up, as it has been for a while now.

As I wrote in Explaining the Yugas, the idea that we are circling a companion star (or two) makes a much better explanation. It’s a process that takes 24,000 years (2,000 years for each of 12 zodiacal signs). And it was written about in India’s Upanishads long, long ago.

But here’s the thing: Why does science continue to maintain that all of the civilizations that preceded our written history were primitive? Does anyone really think that a primitive tribe, eking out a living in the jungles and plains, actually managed to record and measure a process that takes 24,000 years to complete?

Either they were keeping records for a very long time, or they were doing some pretty nice calculating, based on the measurements they had. Or both. Either way, the simple fact that the Yugas are even mentioned is a pretty sure indication that an advanced civilization once existed on this planet, long before ours came along.

Now then, let us consider Graham Hancock’s assertion that the ancients set up gigantic megalithic monuments on every continent of the globe in order to tell us something. As he points out in Magicians of the Gods, the monuments are aligned in such a way that they point to specific constellations, at a specific point in the precessional cycle.

Okay, but why would they do that? Let’s say that it was indeed a random meteor or comet that struck the earth in the Younger Dryas, 12,600 years ago. Even if you knew that comet was coming, would you create massive monuments to commemorate the occasion? One, maybe. But dozens? All across the globe? Hardly. And definitely not for a meteor shower we pass through twice every year, for more than 24,000 years before the big one hits!

Now let’s say that at that time our sun is coming into its closest proximity to its companion star. In that case, binary star movement is a better explanation of the Earth’s precession, as Walter Cruttenden proposes in Ancient Cosmology and Precession.

Now let’s say that proximity has huge, cataclysmic effects on our planet, perhaps due to the kind of electrical discharges that are described by the Electric Universe theory.

Such discharges do a much better job of explaining the craters on the moon than “meteor impacts”. Electric arcs produce shallow craters, often with small craters on the rim, as demonstrated in the laboratory in Electric Comets and Plasma Serpents. And those arcs may also explain why the Aztecs feared “serpents in the sky”.

Such experiences could certainly account for the stories of “gods fighting in the skies”, as described in legends from India and the Hopi people. (The Mayans may have had such legends, as well. And Egypt had a collection of such things in Alexandria. But little remains after the Catholic destruction of their respective libraries.)

Or perhaps the combined proximity of the two suns pulls many more comets into close proximity, in paths that Saturn, Jupiter, and our Moon can not protect us from.

Responding to an Impending Cataclysm

Whatever the manner of that destruction, let us assume that we are a few hundred years from the date at which it will occur. Evidence for the pending global devastation has been growing, and is now clear for all to see. What do we do?

I suspect that we do several important things:

As Hancock notes, it is the aborigines who are most likely to survive such an event. After all, their daily business is survival. Those of us in civilizations are too interdependent. When the lights go out and transportation comes to a halt, anyone who isn’t wiped out the initial cataclysm succumbs soon after.

Then, some time after the event has transpired, people emerge from the space stations, undersea stations, and caves, and begin the process of re-seeding civilization, by their very interactions adding to the stories that aboriginal peoples tell and retell, until they too become myths and legends.

Doing all that takes a heck of a lot of technology, of course. But the evidence of the technology is before us in the form of gigantic pyramids and Peruvian stone monuments that we are not yet capable of building ourselves! So I think we can safely assume that the advanced civilization which preceded ours did have that technology.

And now, let’s get back to the precession of the equinox. If the destruction of civilization were due to a random comet or similarly-random massive volcanic eruption, there would be little point in crystalizing the time in stone. But if the destruction is due to a cyclically-recurring event, there is every reason to do so—in order to inform future generations, so they will have more time to prepare.

So now we have monuments that signal a time relative to the precession of the earth. But if precession is the result of the earth’s wobble, it is simply a time-keeping device. In that case, there is no point in “commemorating” the cataclysmic event around the globe. You would do everything else to help reboot civilization, but you wouldn’t spend a huge amount of time and energy simply to mark the time.

On the other hand, if a particular point in the precessional cycle is the cause of the cataclysmic event(s), then you are very likely to mark the date for future generations. You’ll do so using the most indestructible material you can find (stone), on the grandest scale possible (monoliths). And you’ll do it all around the globe, because you can’t be certain where civilization will re-emerge and, when it does, where people will be smart enough to read the message!

I was privileged to meet Graham Hancock recently. I thanked him for his commitment to truth, and for his prodigious efforts amassing the latest scientific evidence and communicating it to others. Like a true scientist, he is willing to change his mind in light of evidence, tell people what he used to think, and explain what changed his mind. That is how we grow!

As he says in his Amazon biography:

“I make mistakes like everyone else, but ever since my time with The Economist I’ve felt it is important to strive for rigour and accuracy, to check facts, to set out my sources clearly and openly for all to see and to admit my mistakes when I make them. As I continue to explore extraordinary ideas (I will) continue to do that.”

Yeah. That’s the stuff heroes are made of.

I even got a picture with him!

It is my hope that this article will help to convince him to think of precession as the result of interaction with a companion star.