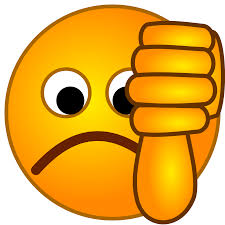 Hillary’s lost to Donald Trump in the 2016 election is once again being blamed on Comey’s press release. That assessment could not be more wrong.

In the N.Y. Times op-ed, The Comey Letter Probably Cost Clinton The Election, Nate Silver provides evidence that Comey’s actions made a difference. No one is arguing that. But the fact is that it made a negligible difference. Sure, if a person is standing next to a precipice, a small gust of wind can blow them over the edge. But the important question is, “What brought them to the edge?” That is where the answers lie.

Here is an expanded version of the comment I left on his article:

Sorry, but you have it completely, totally, and utterly wrong. You have exhaustively analyzed the effect of the final straw, while mentioning, without analyzing, the impact of the big anvils. You are right when you say, “other things may be more significant, but this one is easy to measure”. The fact is that other things were more significant — much more significant, and had they not been present, that last straw would have had absolutely zero impact.

So instead of looking for actual causes, your article focuses on what was easy to measure — like someone looking for their lost car keys under a street lamp in the dark, because that is where it will be easiest to see them. (There’s nothing wrong with that. Just don’t expect to find the answers to any important questions — or your keys.)

Some of the anvils actually pointed to in your article are “paid speeches to Wall Street”. But you don’t mention the worst of it: Some of those speeches were given under a veil of white noise, so their content couldn’t be reported. And worse again was when she was reported to have said, “You have to tell the people one thing, and decision makers another.” Her statements were correct, of course. History and any unbiased analysis shows it to be the case. But the fact that she told those things to Wall Street was another huge anvil — or more accurately, another huge nail in her political coffin.

I like many, despised Trump as a liar, a braggart, a serial sexual molester, and a demagogue who appealed to the worst in human nature — a man who would say and do anything to be elected. But at least with Trump it was possible that he would be an ally of the average American. And those who are the people who either voted for him (right-leaning) or who stayed home in droves (left-leaning).

Of course, any such hope that he would be a force for the good of average Americans has long since been severely dashed, but it was the Wall Street talks that cost Hillary the election, not some final little itty-bitty straw that would otherwise be of no consequence.

Frankly, I think it is APPALLING that the major news outlets won’t even mention those causative factors, except in passing in articles such as yours, where they attempt to put the blame elsewhere. But I guess that makes sense, given that all of the major news outlets are owned and operated by one of the 5 major corporate conglomerates extant in America today.

Acknowledging the impact of her talks could only serve to point the finger at them as a causative factor in what is effectively America’s demise, expressed so eloquently in the Business Insider article published 4 Sep 2017, Why young Americans are giving up on capitalism, by Sarah Kendzior.

As that article points out, young Americans are mostly giving up on the brand of capitalism practiced by corporate America — and for good reason.